Home » What we do » Detecting Tuberculosis » Success Stories » Claudi 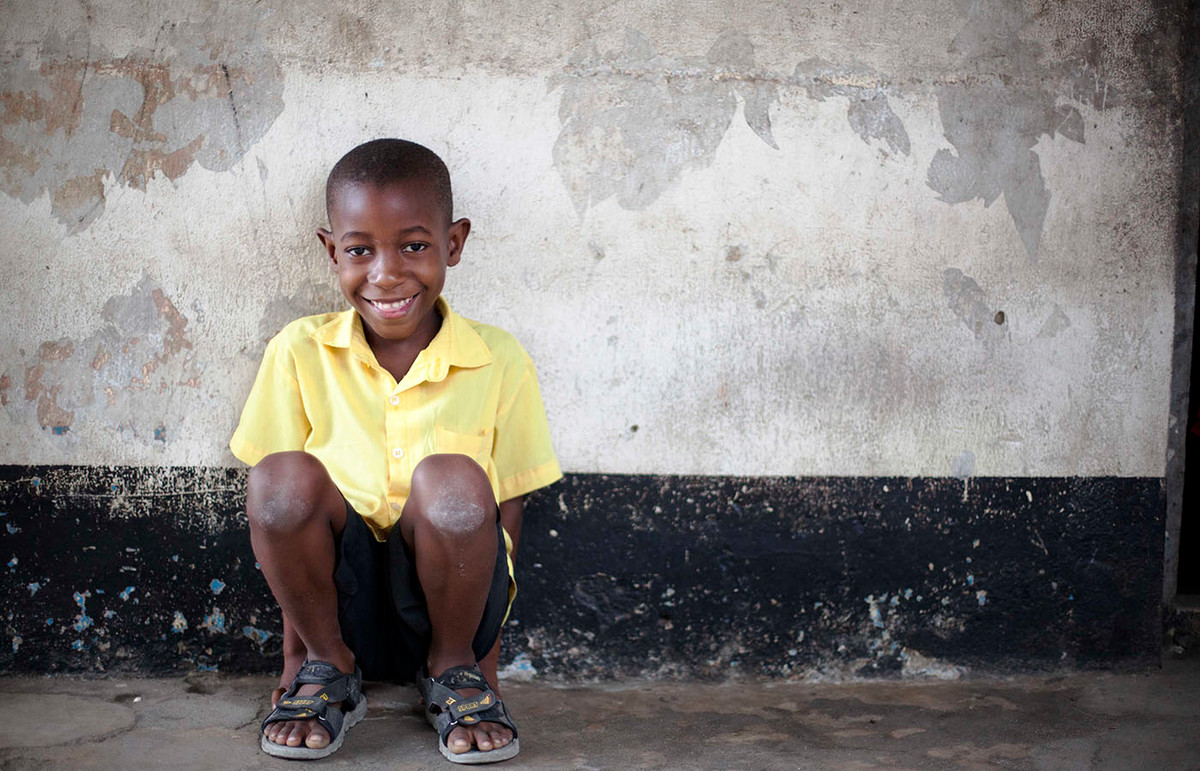 6 year old Claudi was very sick but his local clinic couldn’t detect the cause.

I am Claudi. I am 6 years old and I live in Dar es Salaam, Tanzania. In 2014 I became very sick so my Grandmother took me to clinic.

The doctor examined me and he suspected tuberculosis.

At the clinic we also met Lulu. She gives people advice about TB.

Lulu is a volunteer from APOPO’s partner organisation MKUTA. She had TB herself once.

She bravely helped me give my sputum sample where I had to cough a lot.

The clinic tried to detect what was wrong with me, but they couldn’t find anything.

I went home to my family…

…and to help my grandfather with his pigeons.

But after a while I felt worse. Then my little sister also got sick.

I was afraid my friends at school would get sick too.

Then one day, the clinic called me in and told me I had tuberculosis.

My sputum sample had also been sent to APOPO

When they smell TB, they stop and hold their noses over it for 2-3 seconds

The APOPO lab thoroughly re-tests the sample, and tell the clinic if TB is confirmed

Lulu even came to teach everyone about the dangers of TB

And I was proud because I too could explain it to my friends.

And I was proud because I too could explain it to my friends.

Thank you APOPO and the HeroRATs!

Support APOPO to help more vulnerable people like Claudi to rebuild their lives.

Abdul struggled with his disease not knowing what was making him ill, until APOPO found he...

"When I was playing in my fathers fields I climbed a tree to hide from my brother. When I ...

6 year old Claudi was very sick but his local clinic couldn’t detect the cause...
load more success stories
We use cookies on our website to give you the most relevant experience by remembering your preferences and repeat visits. By clicking “Accept All”, you consent to the use of ALL the cookies. However, you may visit "Cookie Settings" to provide a controlled consent.
Cookie SettingsAccept All
Manage consent